Should My Kid Ski or Snowboard? 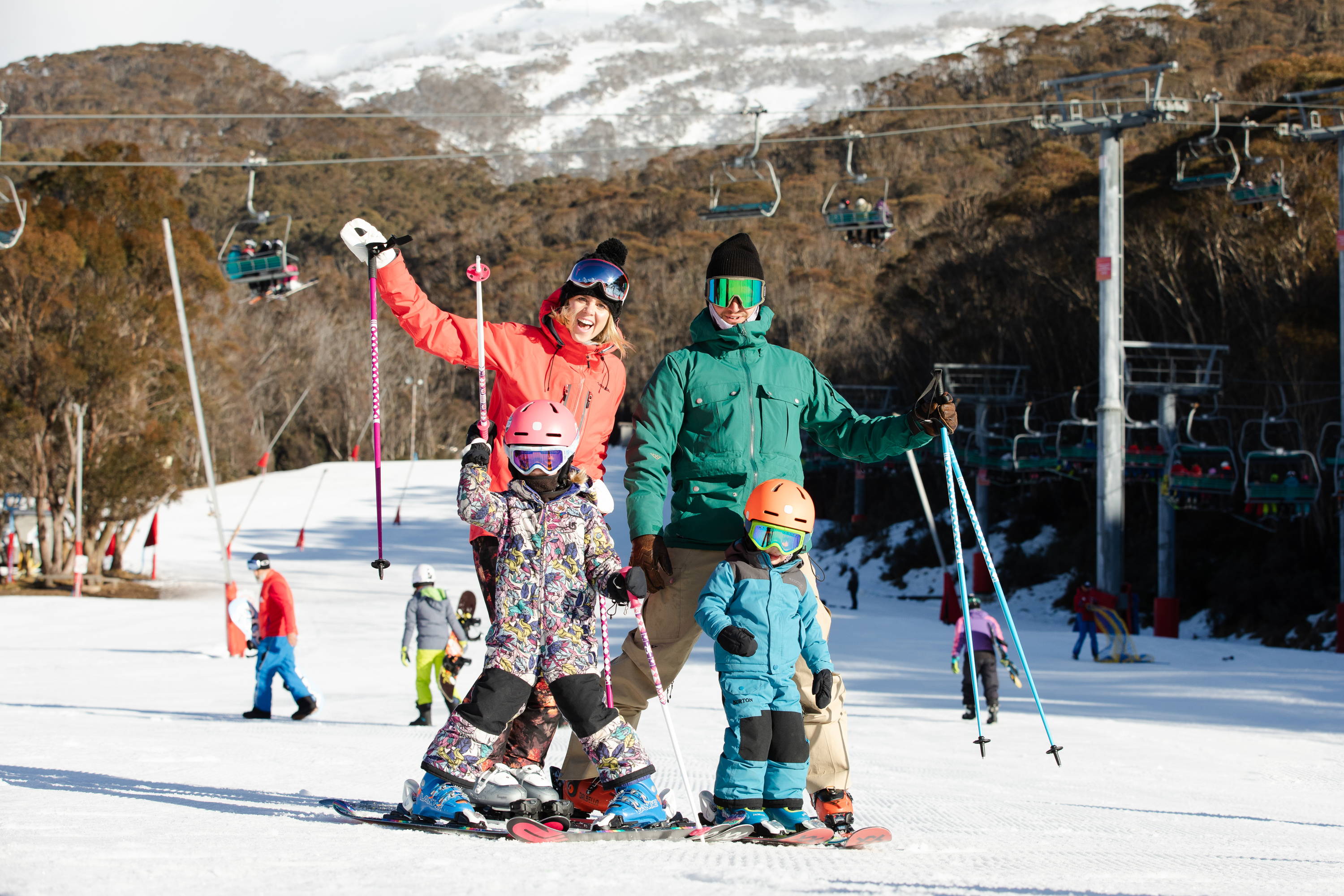 Is it time to introduce your little one to the wonderful world of snow? Does the question “Should my child ski or snowboard?” come to mind?  It can be a daunting decision. With a little bit of research, finding out what they WANT to do and what you are comfortable with will make things a little easier, resulting in a stress free experience and help with getting them out onto the big slopes. Soon they’ll be smashing the whole mountain with the rest of the family!

skis or board first?

Most children will learn how to ski rather than snowboard. The reason for this boils down to multiple things.

As snowboarding became popular, opinions surrounding children snowboarding wasn’t great. Some suggested children lacked strength, balance and motor skills that are needed for the sport. However, there is no factual evidence to prove this and many kids these days learn and master snowboarding no worries! Advancements in technology have allowed a huge range of options become available for the kids keen to give snowboarding a go. Burton is a great example of this, they have boards, boots and bindings designed for kids as young as 3. This new age gear is designed to the way children should be learning, making it extremely easier and safer. Burtons kids ‘Riglet’ snowboard for example, can be used with our without bindings and has a safety cord which allows instructors or parents to hold and pull the child. You can also purchase the ‘riglet reel’ separately, and attach it to any Burton kids snowboard under 120cm. Another great product for the small shredders is “The Handlebar” which can be attached to their board and allows them to hold on and improve balance.

Despite all these advancements, Snowboarding is definitely harder for a child to pick up and master. Even if they can slide down the kids slope on a snowboard, concurring the rest of the mountain such as having enough speed to clear flat areas or traversing along a run can be a little difficult and frustrating for all involved.

A popular choice is starting them on skis, letting them get the feel for sliding on snow, then when they are ready, moving them over to a snowboard. Once they have learnt the basics, this will really help with learning the board.  Some children can pick up skiing very quickly, allowing them to graduate from the kids slope and advance to the rest of the mountain with the family. 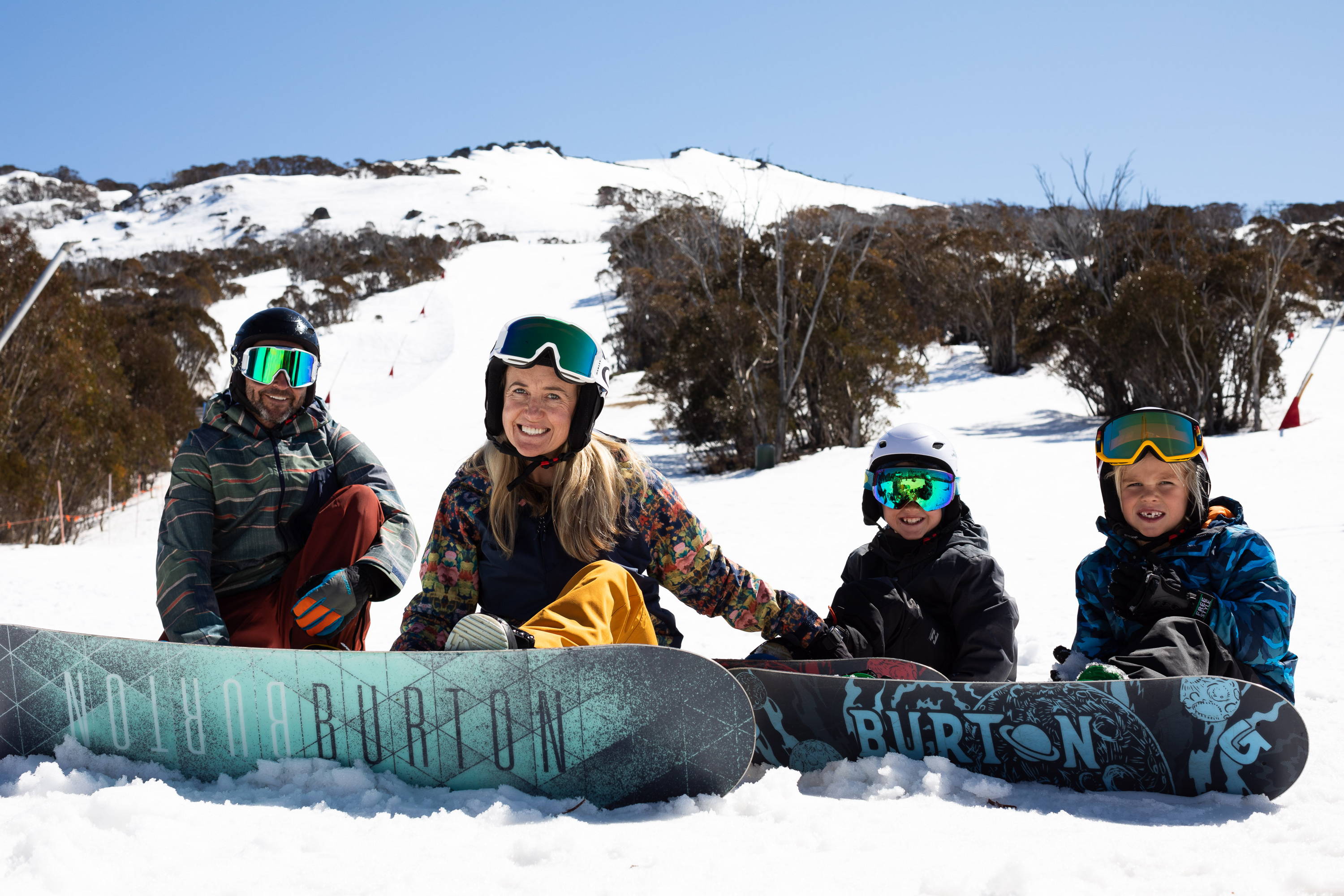 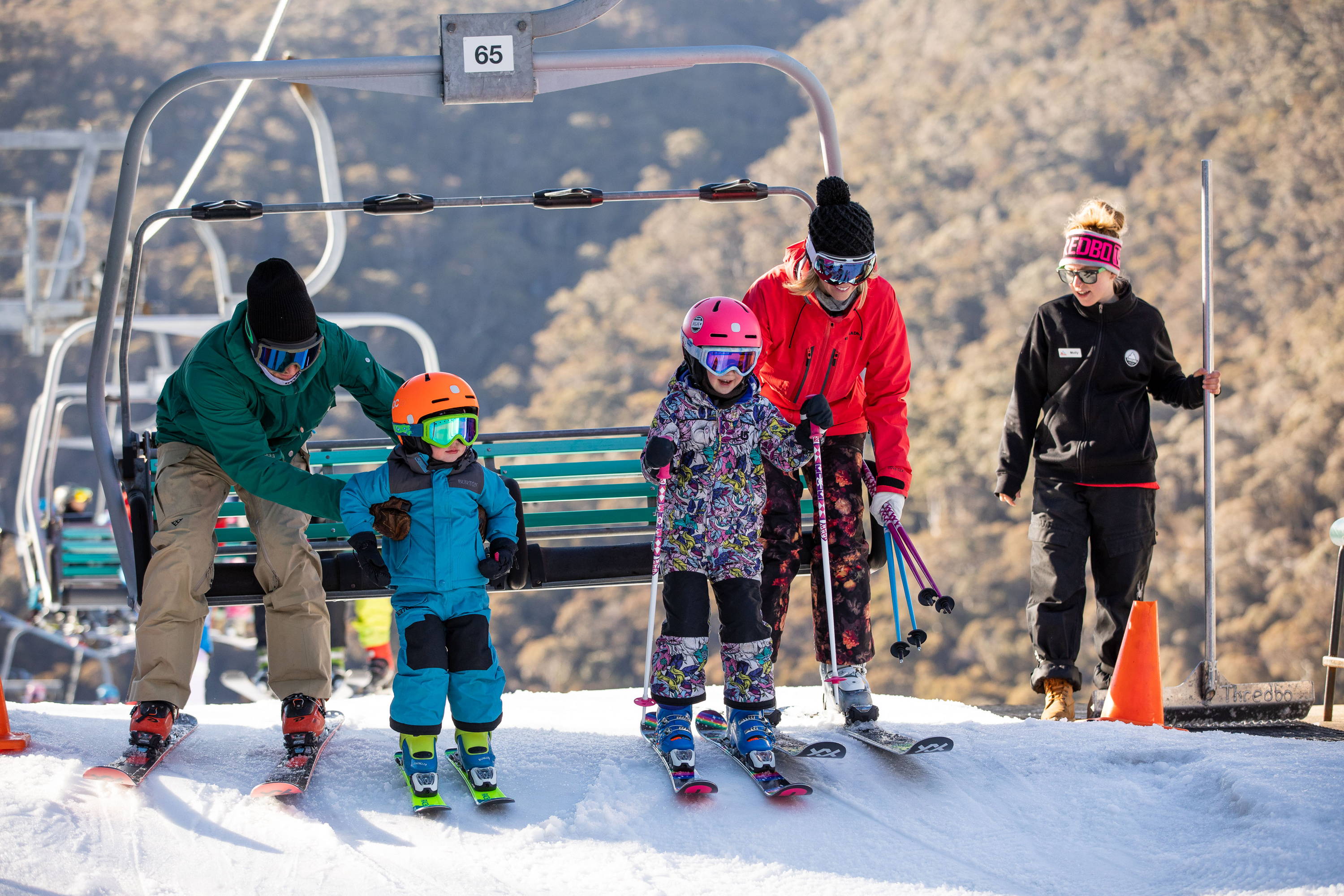 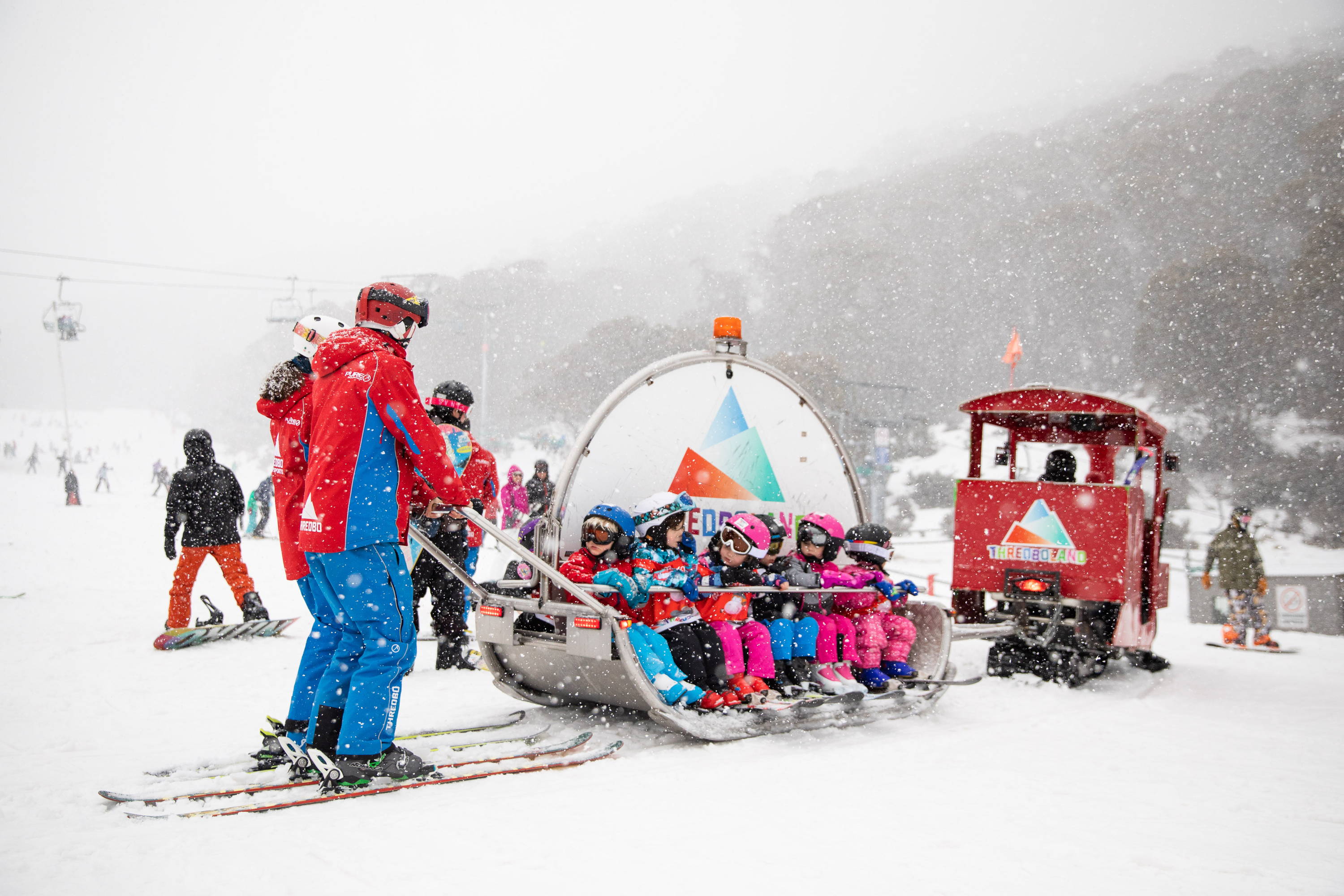 "At the end of the day, there is no correct answer. The decision is up to you and your child. Whatever choice you make, taking the correct safety precautions should be everyones priority."

At the end of the day, there is no correct answer. The decision is up to you and your child. There is no reason they can’t be on a board, the sentiment that snowboarding is dangerous or “too hard” for kids is in the past. Whatever choice you make, taking the correct safety precautions should be everyones priority. Ensuring the correct sized gear is crucial to anyones riding, our team take their time to make sure each customer is getting the best gear for them! Helmets are also an absolute must, Especially with children. Our rental helmets come in a whole range of sizes, with boa adjusters for the most snug fit. Last but not least, education on the ‘Responsibility Code’ should always be discussed when introducing anyone to the slopes. A certified instructor will always be the best way to teach others to ski or snowboard and to educate them on etiquette and safety . Many Australian resorts offer excellent day programs for children to learn with others.  Whatever decision you come to, enjoy and have fun!

How to Wash Your down Jacket

6 Ways to Keep Your Kids Warm in the Snow